crossing boundaries: the right to speak

Crossing Boundaries: The Right to Speak

ARTinTRA’s director, Vassiliki Tzanakou, has been invited by the Venice Agendas to moderate a panel discussion on intellectual property rights of artists and their relation to the freedom of speech. The first in a series of free Venice Agendas events taking place across the UK as part of their 2015 programme will be hosted at DACS: a not-for-profit visual artists’ rights management organisation established by artists for artists. The series of events and performances constitute the continuity of Venice Agendas as they got presented during the preview week of the 56th Venice Biennale. Exploring the theme ‘Crossing Boundaries’, the open brief considered the many ways art not only trespasses geographical territories but how it crosses cultural, political and artistic boundaries. The Venice Agendas will also take place at Turner Contemporary and the Globe Gallery. For more information please follow the link.

The advent of the Internet and the rapid expansion of social media have redefined what constitutes the public space. Has this in turn created a clash between the intellectual property rights of artists and the fundamental right of freedom of speech? The panel will be moderated by ARTinTRA’s director Vassiliki Tzanakou with guests including artist Gavin Turk, art advisorManick Govinda, DACS’s head of research and innovation Mark Waugh, human rights lawyer from Article19 Pierre Francois Docquir, arts lawyer Nicholas Sharp, and art critic Sacha Craddock.

A live reading of selected recent work by Katrina Palmer accompanied by Adam Wilson on keyboard. Palmer uses words and narrative to build sculptural objects in publications, audio installations and live readings. The work often features an artist-protagonist negotiating aspects of materiality in visceral encounters with real and imagined objects.

Vassiliki Tzanakou is a London-based political scientist, independent arts consultant and curator. Whilst working as researcher at the Laboratory of Political Communications, University of Athens, she focused on the construction of identities and the societal consequences of Internet usage. At the same time she developed her interest in semiology and iconology with particular attention paid to the aesthetisation of power. Since then she has curated exhibitions in Greece, the UK and the 55th Venice Biennale and has been published in Greek and UK publications covering internet studies, contemporary art and culture. She is Director of ARTinTRA, a member of the Hellenic Political Science Association and the International Biennial Association.

Sacha Craddock is a freelance critic and curator. She is Chair of both New Contemporaries and Braziers International Workshop, a Member of the Curatorial Board of Fondazione MACC, Sardinia and Public Art Advisor for the Royal Borough of Kensington & Chelsea. She was previously co-founder and curator of Bloomberg Space, 2002-11 and Director of Programme, Max Wigram Gallery, 2011-2. She also co-founded Artschool Palestine and was the founder of Fellowship in Contemporary Art at British School at Rome. Craddock studied painting at St Martins and Chelsea School of Art and went on to write criticism for the Guardian and Times newspapers and work as a postgraduate tutor at the Royal College of Art. Her curated exhibitions include a six year programme of contemporary art for Sadlers Wells. Recent essays include those on Gillian Wearing (for IVAM Valencia), Angus Fairhurst, Richard Billingham, Edgar Davids, Mustafa Hulusi, Heri Dono, Rosa Lee, Art and Youth for Turner Contemporary and London in the 1970s. She is currently working on a major publication about the contemporary in British Art for Reaktion Books.

Pierre Francois Docquir is a researcher and expert in the fields of human rights law, Internet and media law and regulation. He has worked on topics such as the European Convention on Human Rights, comparative free speech law (published a book on freedom of speech in Europe and the United States), the evolution of media landscapes, the governance of virtual worlds, and various aspects of freedom of expression in worlds that are digitized – or not. In February 2015, he joined ARTICLE 19. His responsibilities as a Senior Legal Officer include areas such as media, media in the digital world, regulation, journalism and self-regulation, access to the Internet, network neutrality and other freedom of expression issues.

Manick Govinda is Head of Artists’ Advisory Services and a Producer for Artsadmin. He worked with Turner Prize-shortlisted artist Zarina Bhimji on her critically acclaimed films for Documenta 11, Whitechapel Gallery and Pérez Art Museum Miami. He has also produced films by Zineb Sedira, and co-curated and commissioned new works by Peter Liversidge, Debbie Lawson and Claire Morganthe for the Town Hall Hotel, Bethnal Green, commissioning  to name a few. He is a member of the Mayor of London’s Cultural Strategy Group and is a non-executive director of a-n The Artists’ Information Company. He is also a freelance writer and campaigner on free expression and on arts and immigration issues. Govinda is a fellow of the British American Project and a steering group member of the Manifesto Club, where he led the campaign against the UK government’s visa restrictions on non-EU artists and academics.

Nicholas Sharp is a solicitor who specialises in the arts. After working in the City and industry, he joined law firm Swan Turton LLP as a consultant in 2006. Nick has over 25 years’ experience advising artists, arts organisations and charities on governance, copyright, contracts, charity law and other issues. He is a board member of a-n the Artists’ Information Company and is author of the a-n Visual Arts Contracts series and co-author with Sheena Etches of the a-n interactive Artists Contract Toolkit.  Nick is also co-founder and Director of The Multiple Store, a not-for-profit organisation which commissions limited editions by contemporary artists including Fiona Banner, Anya Gallaccio, Cornelia Parker, David Shrigley, and Yinka Shonibare MBE.

Gavin Turk is a British-born, international artist who lives and works in London. He has pioneered many forms of contemporary British sculpture, including the painted bronze, the waxwork, the recycled art-historical icon and the use of rubbish in art. Turk’s installations and sculptures deal with issues of authorship, authenticity and identity. Concerned with the ‘myth’ of the artist and the ‘authorship’ of a work, Turk’s engagement with this modernist, avant-garde debate stretches back to the ready-mades of Marcel Duchamp. Turk has recently been commissioned to make several public sculptures including Nail, a 12-meter sculpture at One New Change, London. Recent publications include Turk’s first major monograph in 2013, published by Prestel, and This Is Not A Book About Gavin Turk, published in 2014 by Trolley Books.

Mark Waugh is Head of Research and Innovation at DACS, drawing on experience across the private and public sector in the visual arts. He is producer of the International Curators Forum and Associate Director at Waugh Office with Julia Waugh. He has worked extensively in the UK as an artist, curator and cultural strategist working with Arts Council England and internationally in Korea and South East Asia as Commissioner for emerging artfairs; Art Gwangju and G-Seoul 13 and as Associate Director Of SUUM; commissioning a number of projects in collaboration with Samsung Electronics including the new media focused award, The Samsung Art+ Prize. He is Chair of Spacex Exeter and previously Director of A Foundation in London and Liverpool. He is author of the novels, Bubble Entendre and Come and Co-editor with Thomas Frank of We Love You / On Audiences.

We’ll be live streaming the panel discussion, ‘Crossing Boundaries: The Right to Speak’. Tune in on Periscope or watch it on our Twitter feed at @DACSforArtists. 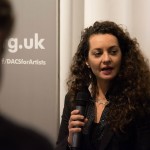 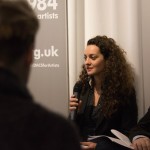 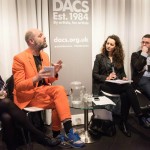 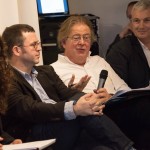 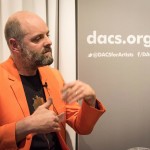 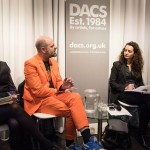 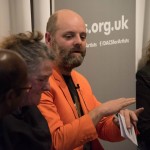 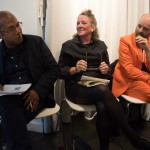 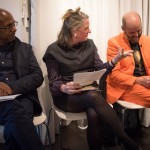 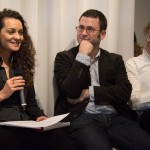 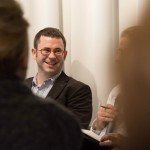 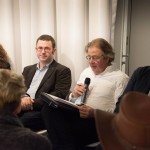 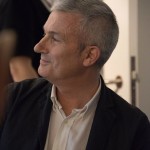 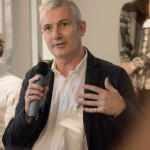 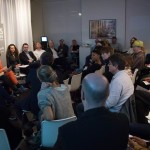 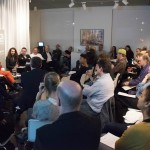 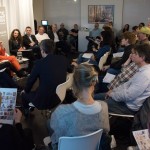 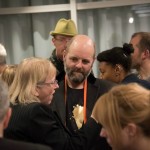 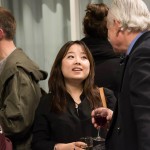 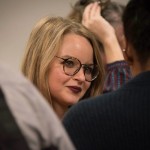 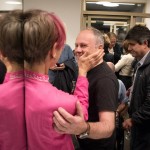 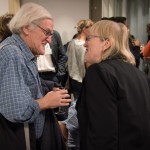 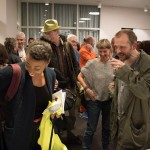 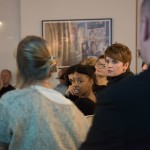 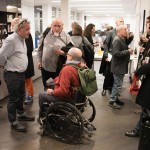 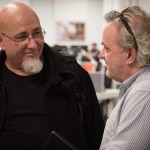 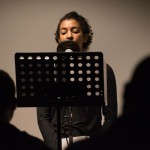 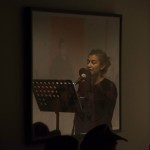 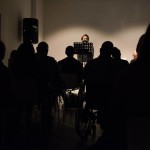