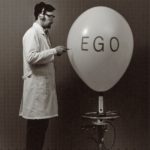 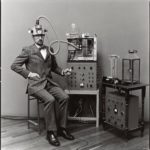 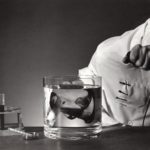 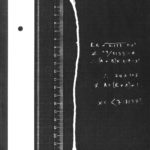 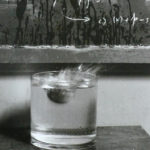 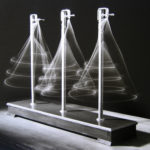 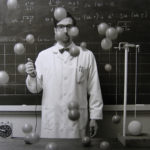 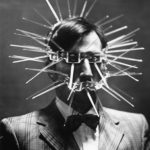 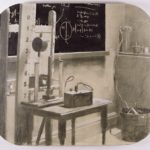 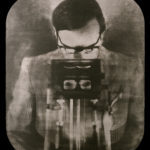 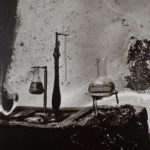 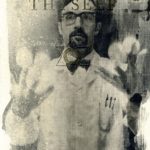 ARTinTRA  is proud to present a collection of artefacts from the recently discovered and fascinating archive of Professore.

Consisting of a series of photographs which were produced using various traditional analogue techniques, such as glass plates, bromoil, hand-coated silver gelatin, and Professore’s own patented Graffite process, as well as sculptures, paintings, letters, sound files, and films, the archive offers an insight into Professore’s life, his unconventional scientific experiments and unique working practices.

Some of the archive documents Professore’s experiments undertaken in his laboratory or in nature. Other photographs depict Professore rubbing shoulders with the likes of Albert Einstein, Sigmund Freud and Marie Currie, amongst other brilliant minds from the world of science.

We can clearly see from the archive that Professore’s multidisciplinary scientific approach was fused with the beautiful abstraction of his fantasy. He investigated the biggest questions of existence and challenged many of the axioms that he researched over decades. For this reason, the validity of his experimental work is at times questionable, since it can come across as eccentric, far-fetched, and even absurd. Professore challenges perceptions of identity and social order. His rigorous approach, stern expression and white lab coat consistently lend him an air of authority, and this leads us to further question the intrinsic trust society has in scientists and institutions.

Pofessore’s archive prompts us to explore both the truth and the aesthetics of science, challenging the limits of epistemology and beyond. Being considered both ingenius and insane, many accused him as a persona non-grata; a charlatan. His contributions to society were not recognised by his peers, leaving him isolated and ostracised. Being ahead of his time, his scientific approach was holistic combining the matters of the corpus with the spiritus and the anima. Professore created neologisms and scientific devices to further comprehend the human condition, eradicate physical pain and psychological despair. Ultimately, he preferred to identify himself as an outcast, whose contributions would be recognised and appreciated by future generations when scientific developments and knowledge would finally catch up and embrace his distinctive work.

Professore’s work has much to offer us today. He teaches the importance of taking big risks in life; not being afraid of failure and moving forward without being concerned about the opinions of others. Today, Professore is the epitome of human curiosity and the symbolic representation of the quest of the human spirit, endeavouring to expand horizons through science or art, where connections between diverse ideas and approaches provoke unexpected conversations. Professore lives within us today, not only through the wealth of his knowledge, but also through the artist Stephane Graff, who Professore appointed during a time travel experiment to carry forward his legacy shortly before his self-imposed exile and disappearance.

Professore is the alter ego of the artist Stephane Graff (b. 1965). In this role, Graff, contrasts his identity as an artist with that of a scientist in order to discover parallels and similarities between art and science. In this way, he challenges clichés, including society’s inherent trust in scientists and ambiguous views of artists. The concept of an alter ego is used as a vehicle by the artist in search of his inner truth. Through the creation of Professore, Graff removes himself from his customary point of view in order to create an alternative perspective on identity and the self. Having been influenced by anthropology, the psychoanalytical traditions of Freud and Jung, and scientific methods, Graff regularly addresses themes of identity, concealment, and memory. He is a multimedia artist working mainly in painting and analogue photography. Graff has exhibited internationally. Selected exhibitions include: Galleria Mucciaccia, Singapore (2018); Almine Rech Gallery, London (2016); The Musée d’Art Modern et Contemporain in Nice, France (2013); the Ercel Foundation in Turin, Italy (2010); the Operating Room, Amerikan Hastanesi, Istanbul (2010); the Musee de Marrakech, Morocco (2004); and the Museum of Mankind in London (1991).  www.stephanegraff.net

All photographs, images, text and videos on this website are protected by copyright and may not be reproduced or transmitted in any form without prior permission of the artist and ARTinTRA. All rights reserved © Stephane Graff, © ARTinTRA .