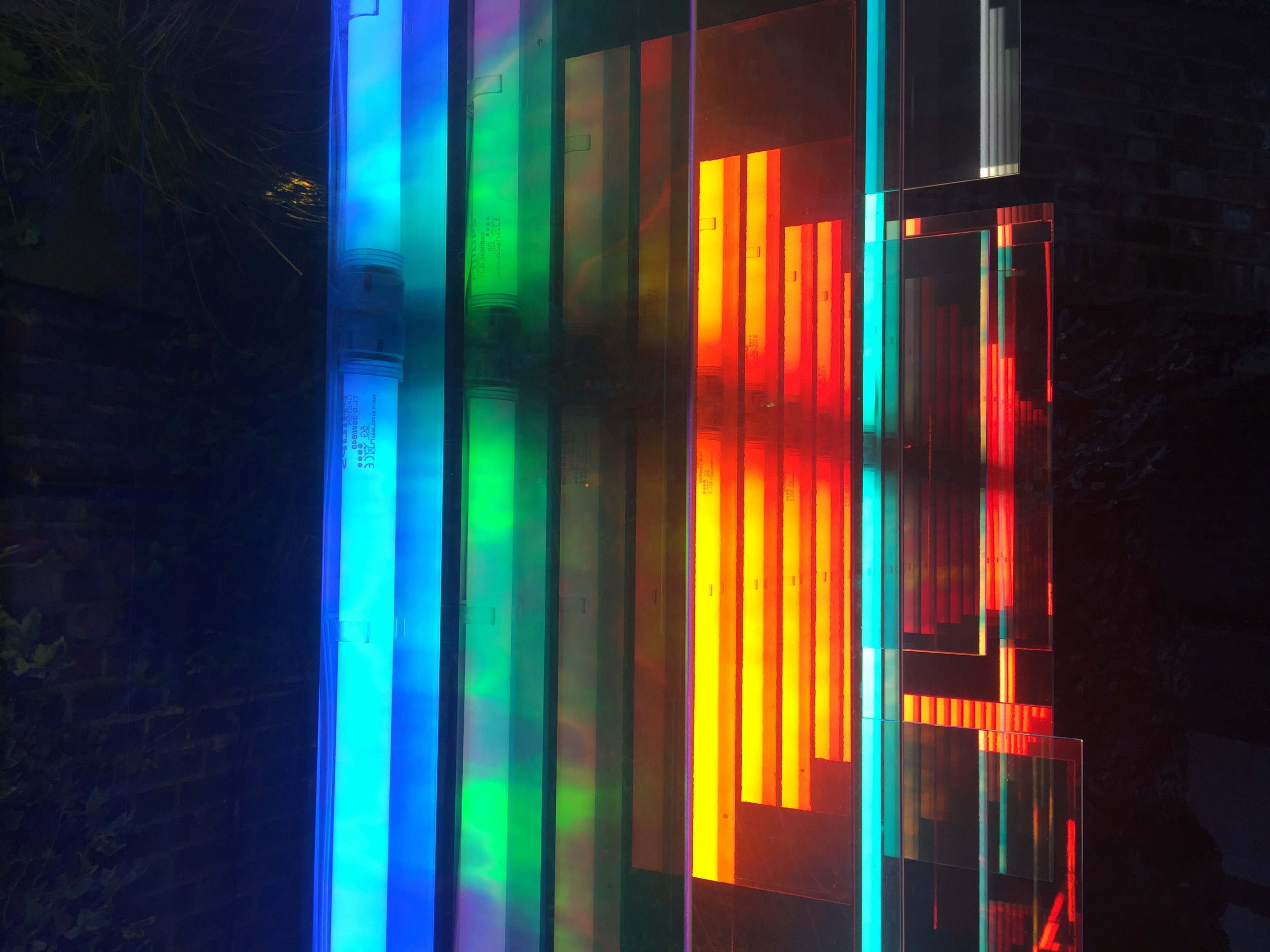 Portals are technological or magical doorways that connect two distant locations that are separated by spacetime. Places linked by a portal include different spots in the same universe; a parallel world, the past, the future or other planes of existence.

Fundamental missions of ARTinTRA are to reinvent spaces and bring people closer to magical portals that empower imagination, creativity and vision. The small paradise in the heart of London, the courtyard of the House of St Barnabas, inspired us; and not only us. The Georgian rooms with their Rococo decorations, the sacred chapel and garden of the House of St Barnabas were the blueprint for the imagined lodgings of Dr. Manette and Lucy in the novel A Tale of Two Cities by Charles Dickens, published in 1859.

In a building at the back, attainable by a courtyard where a plane tree rustled its green leaves, church organs claimed to be made, and likewise gold to be beaten by some mysterious giant who had a golden arm starting out of the wall… as if he had beaten himself precious.

Dickens immortalised the plane tree, which still stands proud in the heart of the courtyard. Shuster and Moseley’s ​work Quietude​​ is a perceptual instrument exploring cyclical inter-relations between different forms of projection, tracing and reflection​. With ​cosmological light envelop​ing​ space, psychic life tunes to the changing environmental conditions and ​mov​es​ towards quietude; a centring. Sequentially, Nathaniel Rackowe’s Portal utilises the optical potential of dichroic glass; similar to an effect created by a hologram, where its soft coloured glow bounces off its surroundings like streetlights creating unexpected moments of beauty. His work requests movement on the part of the viewer to realise its potential and achieve journeys to multiple magical destinations.

Exhibition Runs for Indefinite Time as Dreams Are

Claudia Moseley & Edward Shuster Claudia Moseley (MA Environmental Anthropology, Kent University; BA Fine Art & Textiles, Goldsmiths) & Edward Shuster (PhD researcher, European Graduate School; Prince’s School, MA Philosophy, Exeter University; BA Philosophy, SOAS) are collaborative artists working in sculpture and site-specific installation. Their work explores the nature of perception and virtuality, currently using glass and other transparent materials to ‘interface’ with light. This work considers how the screens, lenses and other technological and architectural mediums that pervade our contemporary world, frame and in some ways generate our experience of reality. The artists investigate this ontological experience in relation to geometry, dimensionality, optics and embodiment. Their work has been featured in International publications, including The Guardian, The Evening Standard and Wired. Highlights from last year’s work include a solo show ‘Interface’ at Gallery 223, Waterloo; ‘Tree x Office’ – a pavilion created in collaboration with Natalie Jeremijenko in Hoxton Square; and they have recently been awarded a commission by the Contemporary Arts Society for two major artworks to be sited in new development of the BBC studios in White City.

Nathaniel Rackowe is a British, London based artist holding a M.F.A in sculpture from the Slade. His large-scale architectural structures and light sculptures are designed to recreate the experience of navigating the city around us.  His works are abstracted impressions of today’s metropolitan experience evoked through the vicissitudes of light as it fluctuates throughout the city.  Influenced by Modernism, Rackowe uses mass manufactured derivative products of our era – corrugated plastics, concrete, scaffolding, breeze blocks and strip lights – to recreate the experience and visual sensations of contemporary urban life. Glass with its possibility of translucency, refraction, shadows and reflections has become a key material for Rackowe’s practice. Selected exhibitions include Lumiere London, UK (2016), Radiant Trajectory, Lawrie Shabibi, Dubai (2015), Edge Lands, Gallerie Jérôme Pauchant, Paris (2014),The Consequence of Light, Bodson Gallery, Brussels (2014), Sculpture By the Sea, Aarhus, Denmark (2015); Platonic Spin, Bangkok Arts and Cultural Centre (2014); Dynamo: A century of light and movement in art, 1913-2013, Grand Palais, Paris (2013). 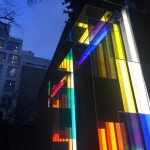 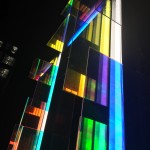 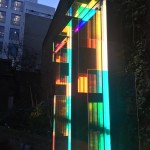 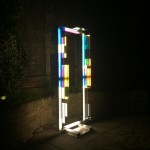 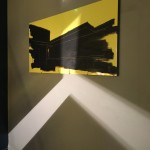 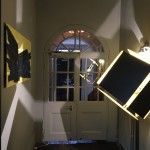 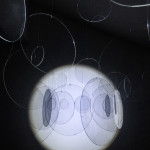 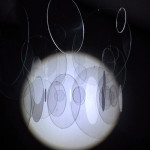 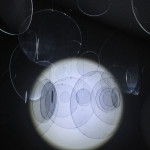 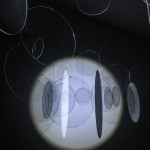 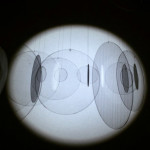